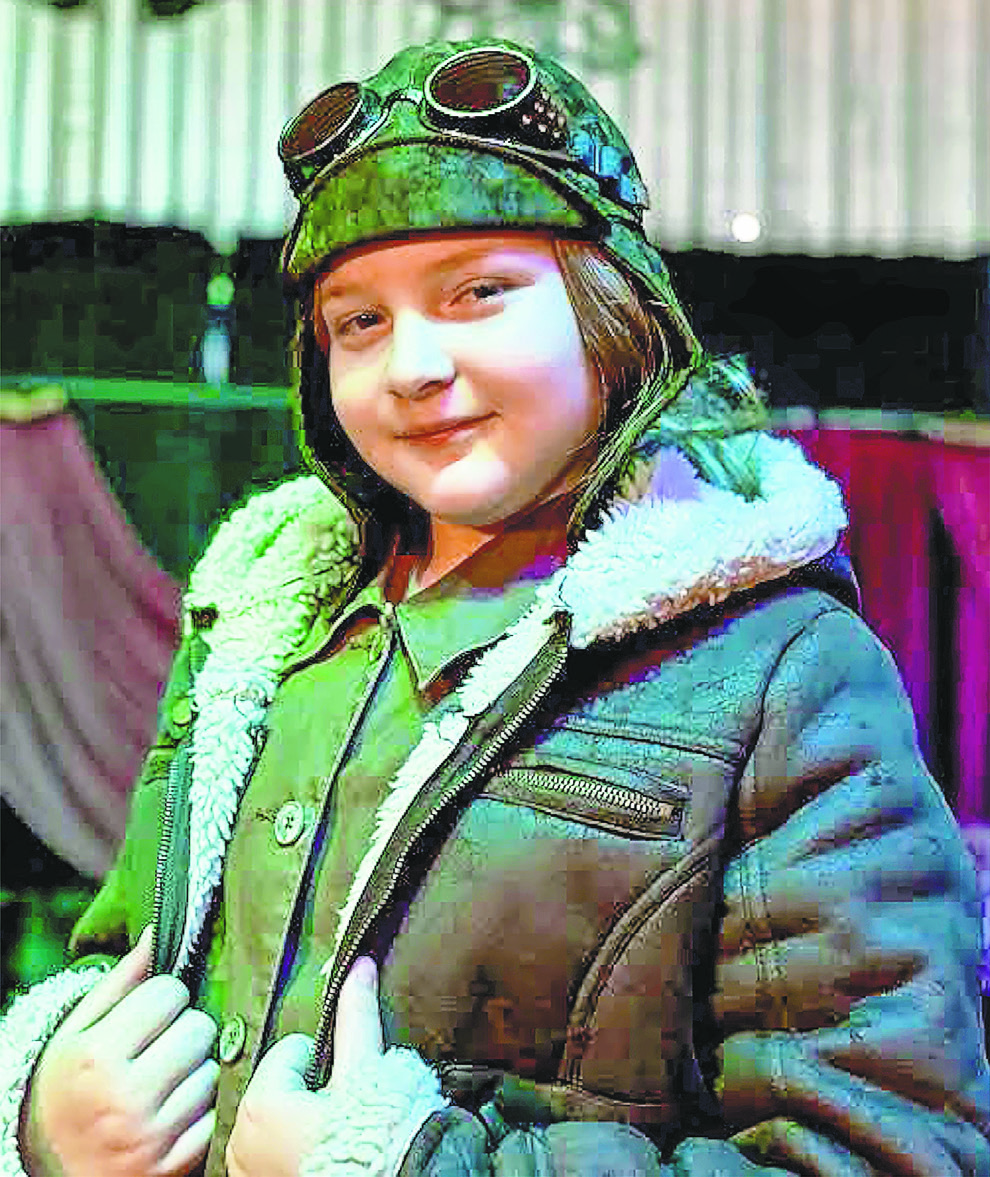 Contributed photos
Natalie Corcoran will portray Amelia Earhart in “Ordinary Women Doing the Extraordinary’’ on Friday and Saturday at the Mask and Rose Theater. 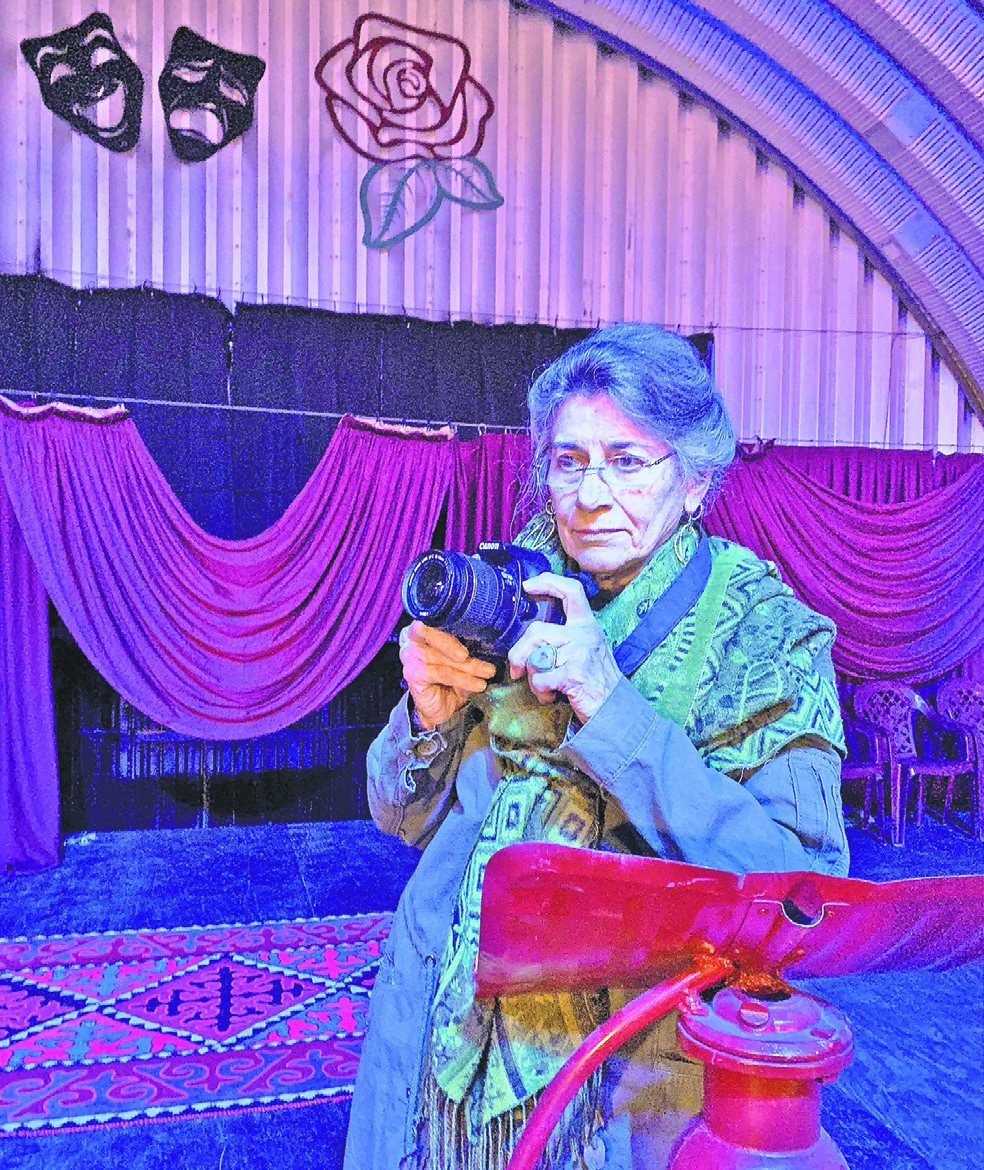 Patty Lester will portray photojournalist Margaret Bourke-White in “Ordinary Women Doing the Extraordinary’’ on Friday and Saturday at the Mask and Rose Theater.
PREVIOUS IMAGE

By Bria Barton
The Bemidji Pioneer

It’s been more than two years since Cate Belleveau’s Mask and Rose Women’s Theater Collective held a performance, but this weekend, the curtain will rise again.

Belleveau said the theatrical showcase pays belated homage to the 100th anniversary of women’s suffrage, which was in 2020 when “COVID put a kibosh on everything.” With the virus still a concern, the show will be presented in a monologue format, allowing actors to have limited contact with one another.

“We had to cancel all of our shows that would have celebrated the centennial, and all I could think of – to go back to that important work of highlighting amazing women – was to turn it into this more simplified monologue version,” Belleveau said.

“I said, ‘Let’s at least try one thing to feature some strong women.’ These are simple monologues, but they’re engaging ones.”

Each night will focus on a different set of female innovators, and Belleveau said this will give playgoers the opportunity to attend both performances as there will be a variation in content.

Some of the female figures to be portrayed in the show include Bessie Coleman, a pioneering Black and Native American early aviator; Dolores Huerta, a migrant farmworker activist; Ann Bancroft, a polar explorer from Minnesota; Wilma Mankiller, the first female Principal Chief of the Cherokee Nation; Lucille Ball, an enterprising Hollywood actress, producer and comedian; Susan Butcher, a four-time winner of the Iditarod Trail Sled Dog Race; Barbara McClintock, a Nobel Prize-winning geneticist; and Margaret Bourke- White, a renowned photojournalist.

“I think for women my age, we know the huge progress that has occurred for women. When we were growing up, the only options we were given were secretary, nurse, teacher, flight attendant and stay-athome mom,” Belleveau said. “These women that we’re talking about in the show are all pioneers and kept pushing and pushing so that more opportunities for women to use their gifts existed.”

Additional entertainment during the event will include pre-show music by Hattie Peterson and movement and dance interludes by Katie Carter.

Belleveau said the mission of her theater is to provide women of all ages with a voice.

She said actors in the upcoming show range from young to old, with one youth named Natalie Corcoran even writing and performing her own monologues.

Corcoran will be portraying both Amelia Earhart and Coy Mathis in the production.

“Natalie was just thrilled beyond comparison to be a little playwright, and we have people up to 80 years old in the play,” Belleveau said.

“The older women who sit in the audience, they get this show.

It’s a reminder of how much progress we’ve made for the little ones like Natalie, who chose to write her own plays. I am all about empowering young women to find their voice and Natalie found her voice.”

The two nights of performance will be held at 6 p.m. on Friday, Oct. 1, and Saturday, Oct. 2. Proof of vaccination – or proof of a negative COVID test within 72 hours – is required to attend, as well as masks for the indoor event.

Tickets are $10 and are only available at the door at 5:45 p.m. each night. A portion of ticket sales will go to Women to Women International to support women in Afghanistan.

The production is made possible through a grant from the Minnesota State Arts Board thanks to a legislative appropriation from the Arts and Culture Heritage Fund.

“We’re going to be rather celebratory because this is our first theatrical performance where our theatre is now complete,” Belleveau said. “Young audience members will be edified by being around lots of amazing women’s stories, and the old ones will be reminded of the progress that we have made.”

Readers can reach Pioneer reporter Bria Barton at (218) 333-9798 or bbarton@bemidjipioneer.com.